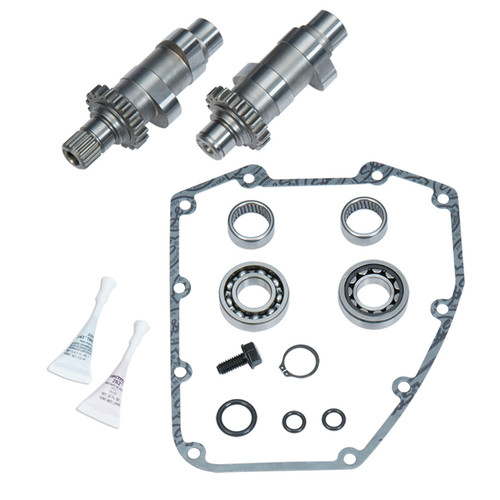 Can be used with stock valve springs.

With the current popularity of baggers, it’s no surprise that the S&S 551 cams for Harley-Davidson® touring bikes have become a favorite with late model bagger riders. The only problem is that, due to the .550" lift, the 551 cams can’t be installed in early (1999-’04) Twin Cam 88® engines without also installing a set of high lift valve springs. That means that the heads would have to come off just to install a cam. That’s a lot of work and added expense!